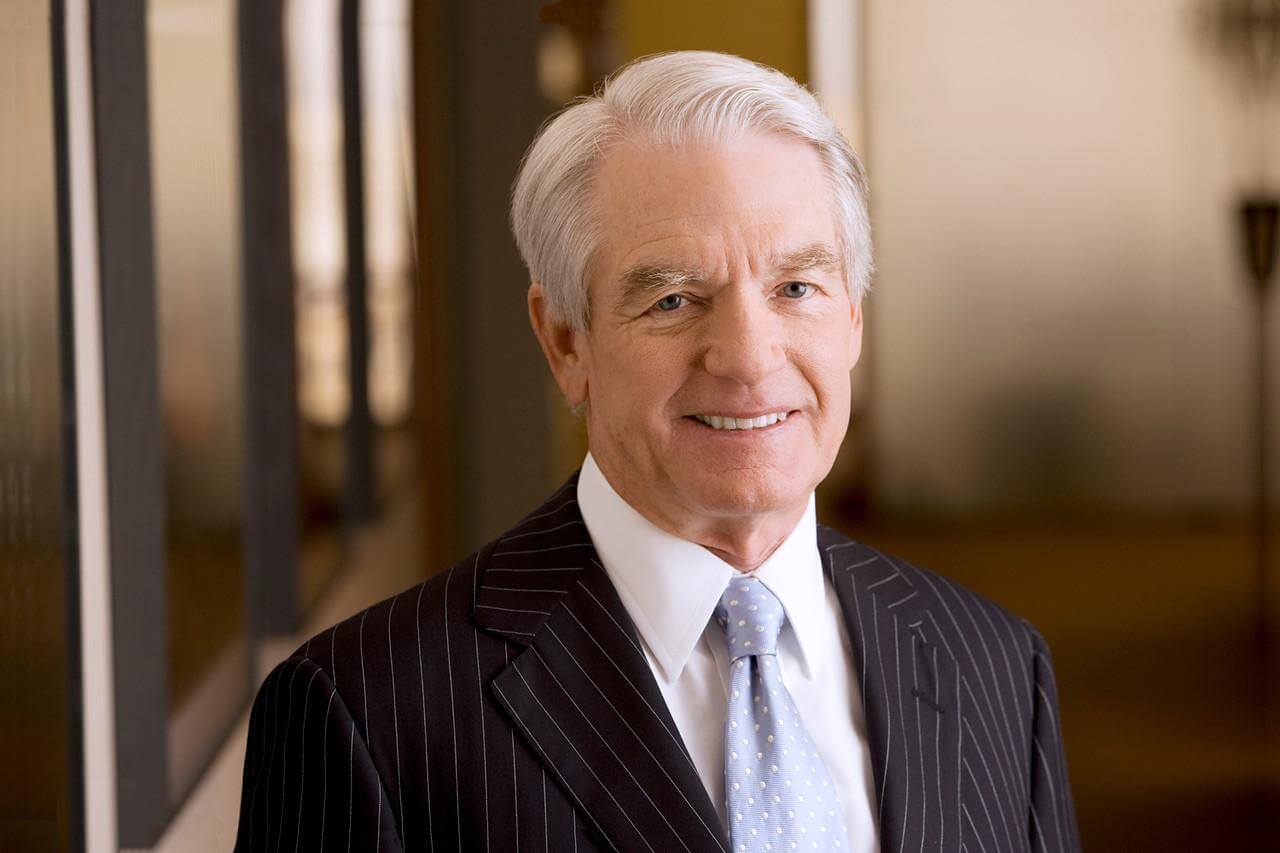 The great money minds of the past 35 years, Charles Schwab reveals the smartest way to invest and what really successful people do better than the rest of us.

You already know Charles Schwab. But you might not know his story -which is, in large part, the story of the financial revolution that has rolled through American life since 1972.

Yet there’s more to Schwab than the tale of a broker who rode a boom. So dyslexic that he passed college English only by reading classics like Moby Dick in comic-book editions, Schwab bounced from one setback to another until his company finally took off in the late 1970s.

Along the way, he acquired some strong views on persistence, luck, money, and life. In the first of Money Magazine’s 35th-anniversary interviews, the 69-year-old icon sat down with senior writer Jason Zweig.

Some people have called you an unlikely entrepreneur.

I have been one all my life – having come from a time when things were pretty tough. My dad was a small-town lawyer, and our family conversations were about how limited resources were.

I did as much as I could: raising chickens, pushing an ice-cream cart, bagging walnuts, driving a tractor on a beet farm, working on the railroad. I think this eclectic career helped me a lot in life. I really encourage kids to get those kinds of jobs.

What advice would you give to someone who wants to start a business that could someday be as big as yours?

You know, I would never start there. You’ve got to start with your gut, with something you are really passionate about, for a good reason.

You won’t get there by sitting in a closet and thinking, “Boy, I know the world must want this.” You have to get some real-world experience that tells you what people want.

Luck has been important in your career. You might not have opened your first branch office, for example, if your uncle hadn’t asked you why you didn’t have any branches.

I’m sure luck helps every successful entrepreneur. But it doesn’t come [without] a lot of preparation and hard work.

You’ve got to understand that markets go both ways, up and down. Over longer periods, stocks generally have always gone up. But any specific stock may never come back.

Buy an index fund, and you’re going to have long-term growth almost to a certainty. Buy an individual stock, and you never know. You could go to zero….

And there’s a whole other area, which is how you react. We get very emotional and do dumb things.

Look back at October 2002 [when the Dow sank below 7300]. Everything was going wrong, and you were feeling pretty horrible. But that was the most opportune time to invest! What kind of a thing is that?

What’s the best thing about wealth?

Wait a minute. Was that the best thing or the worst?

The best part is that you can have pretty nice conveniences. If you want to fly someplace, you can. You can even do it on your own plane. Then you may feel you’re moving around too much and not really focusing on what really matters.

And then it’s [bangs his fist on the table] “Jesus! Will you ever slow down and enjoy what you have?”

Money is no sure recipe for happiness.

What makes you happy?

A lot of things. But they’re probably no different from when I had no money. It’s my business pursuits and my personal life, a good relationship with my wife and kids and grandkids.

If you could give one bit of financial advice to someone who’s just starting out, what would you say?

Buy index funds and ETFs. That might not seem like enough action to a 25-year-old, but it’s the smartest thing to do. Put most of your energy into your work and learn to communicate. I think the people who become really successful are those who sense what others are feeling and how to make them comfortable.

Consider these things before joining a working space